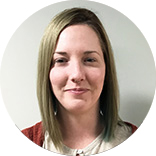 Paige has been with John Michael Exquisite Weddings & Catering since February 2015. Originally hired as a server, Paige has worked in several positions and in December 2016, she accepted a position as an event lead.

A native of Mount Dora, Florida, Paige attended the University of Central Florida where she received a Bachelor of Arts in humanities. One of her favorite hobbies is being a mom to her son, Oliver.

Attend one of our tastings

Send us a message

Send us a message